“Synnack versus Torrent Vaccine” is a live performance featuring on-the-fly mashups of dark electronic music by Clint Sand of Synnack and Brad Perkins of Torrent Vaccine. This performance was recorded live in New Orleans on Dec. 11th 2009 while opening for Nitzer Ebb. We are very pleased to have recovered the tapes from the show and hope you all enjoy!

Special Thanks to TERRORFAKT and everyone who attended the show.

Torrent Vaccine – Somewhere In Between Volume 3

The Album contains a remix by Zero Order and includes our first demos remastered.

Torrent Vaccine – Somewhere In Between Volume 2

SIB Volume 2 is a collection of unreleased tracks, demos, and remixes from 1998-2008. A lot has happened over the last 5 years and that’s something that I may get into one day. Nonetheless, I’m happy to be able to share this with you now.

The Album contains remixes by mangadrive, iammynewt, Skullduggery, and Odachi.

Hello Atlanta, I’m going to be in town this week for Dragon Con and I’ll be a guest DJ at The Shelter on Saturday, September 1st. See you soon.

Ecifitra is an audio chemistry set full of noise that was spawned during the recording of “Artifice”. This playlist features remixes from special guests as well as reworks by Mangadrive themselves. It also includes brand new, unreleased material to make the whole package push past the typical example of a “remix album”.

The Album contains remixes and reworks by Human Error, Torrent Vaccine, Cellmod, iammynewt, Raziel Panic of You Shriek, and a guest appearance by Ben Arp. Ecifitra was mastered by Chris Corzort.

Yes, I know it has taken forever but I am recording now.

Throughout much of the United States animals have about as many rights as a piece of furniture. There are more laws protecting your car then there are for animals. They are considered nothing more than “property” and do not deserve any rights. People who abuse them usually get little to no punishment for the suffering they cause. It’s time for that to change.

JUSTICIA PRO BESTIA (Justice for Animals) is a collection of artists who believe that animals deserve their own rights and much more. All the proceeds from the sale of this digital compilation will be donated to The Animal Legal Defense Fund (http://www.aldf.org ) Since 1979 they have been fighting for animal rights, domestic and wild, by working to improve and expand laws protecting animals and to help make penalties against animal abusers much tougher. All the songs and remixes found on JUSTICIA PRO BESTIA are previously unreleased. Artists appearing are…

Available August 2nd through all major and most indie digital download sites.

DJ Jyrki 69 of Finnish Gothic rock legends the 69 Eyes return to New Orleans for his only US appearance on a special DJ tour!

On Saturday, July 9, 2011, experience Fangtasia–a dance night of bloodsucking beats and vampiric rock n’ roll. Joining Jyrki is Attrition’s own DJ Sneauxball, along with a special DJ battle between the Chamber’s Torrent Vaccine (Bit Riot Records) and DJ Flyhaed. Rounding out the evening’s entertainment is a Goth-girl DJ fight you won’t want to miss, as Lucifera takes on Stitch of Suicide Assyst.

Vampire fangs will be made on premises by Dark Awakenings–New Orleans’s premiere fangsmith! 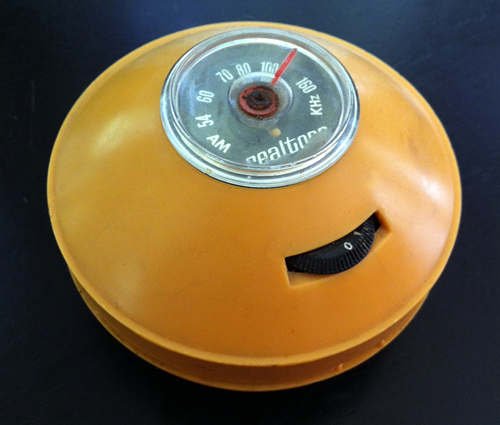 AM Radio / UFO. This thing would sound awesome belting out some Torrent Vaccine, just need to find a good AM station that takes requests.

with Nitzer Ebb in NOLA

with My Life with the Thrill Kill Kult